The state of Israel has faced seemingly insurmountable odds throughout its entire history. From its hostile neighbors to its vast desert terrain to its unique demographic make-up, the Jewish state has had to overcome countless obstacles. And yet, it has emerged as a light unto the nations. The Jewish state is now a member of the exclusive Organisation for Economic Cooperation (OECD), has hundreds of companies listed on Nasdaq and its expertise, technology, humanitarian assistance and defense strategies are utilized by countries on every continent.

The Staggering Accomplishments of Jews

While small in size, Israel has contributed to the technology that the world benefits from every day, and has achieved major status on several business and economic fronts. All of these achievements were accomplished while engaged in regular wars with an implacable enemy that seeks its destruction, and an economy continuously under strain by having to spend more per capita on its own protection than any other country. Read More

The TelAviv Cluster - by David Brooks

Because Israel is 60 percent desert, its farmers and agricultural scientists have long focused on expanding both the yield and quality of crops, as well as making agriculture more efficient overall. The world's first surface drip irrigation system was developed in the 1960s at Kibbutz Hatzerim near Beersheba. Similarly, Israeli scientists have developed genetically modified, disease-resistant bananas, peppers and other crops that are expanding the world's food supply and helping to keep prices down around the globe.

Unlike any other Middle Eastern countries, women are at the forefront of many aspects of Israeli society. Women have played an integral part in the founding and flourishing of the state. Regardless of religion or ethnicity, all women in Israel enjoy equal rights, protections under the law and opportunities to succeed and contribute to society. Women have long held important academic posts and leadership positions in government and served alongside their male counterparts in the defense of the state.

Israel Contributes to a Cleaner World

In an era of booming populations, shrinking resources and environmental degradation, Israel leads the world in such critical fields as solar power generation and seawater desalination. Israel’s cutting edge technologies promise to improve the health and living standards of hundreds of millions across the globe, while making industry more efficient and minimizing the environmental impact of human activities.

Throughout Israel's history, Israeli doctors, scientists and researchers have produced countless medical advances. Whether achieved through independent research or joint projects with the United States, the medical discoveries made by the Jewish state are improving the lives of millions of Americans and others around the globe.

Israel has shared its expertise to improve the lives of millions of people worldwide. From the natural disasters that struck Japan and Haiti, to drought-stricken nations in Africa, Israel has sent experts abroad to help countries in need. Equipped with firsthand knowledge of the challenges that resource-poor countries face, Israel has strived to provide other countries with the assistance they need to develop and grow. Israel sent experts abroad to teach developing nations such skills as how to upgrade medical facilities, improve schools and coax crops from arid land. Today, Israel has one of the most extensive foreign assistance programs in the world for a nation of its size.

“ Indeed, the LORD will comfort Zion; He will comfort all her waste places. And her wilderness He will make like Eden, and her desert like the garden of the LORD; joy and gladness will be found in her, thanksgiving and sound of a melody. ” — Isaiah 51:3 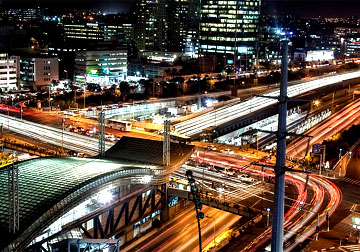 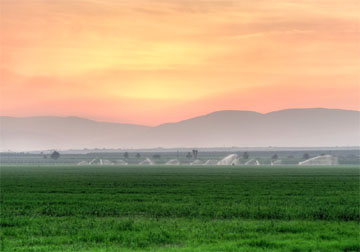 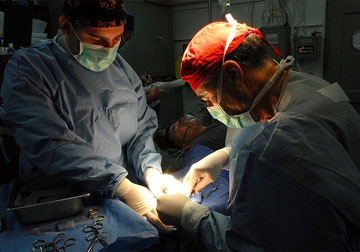 Restoration Israel is an outreach of Cyrus Foundation, a non-profit Christian organization designed to encourage and assist Jewish people from North, Central and South America to make Aliyah to Israel. We work to bridge the gap between Jews and Christians—bringing understanding and reconciliation—that we might work together.