The Staggering Accomplishments of Jews 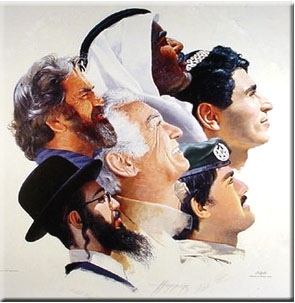 Israel is the 100th smallest country with less than 1/1000 of the world's population. While small in size, Israel has contributed to the technology that the world uses every day, and has achieved major status on several business and economic fronts.

All of the achievements listed below were accomplished while engaged in regular wars with an implacable enemy that seeks its destruction, and an economy continuously under strain by having to spend more per capita on its own protection than any other country.

Additionally, Wikipedia offers a List of Israeli inventions and discoveries.

Restoration Israel is an outreach of Cyrus Foundation, a non-profit Christian organization designed to encourage and assist Jewish people from North, Central and South America to make Aliyah to Israel. We work to bridge the gap between Jews and Christians—bringing understanding and reconciliation—that we might work together.